Home›Escort Services›Why You Need To Respect Women At The Brothel A Little More?

Why You Need To Respect Women At The Brothel A Little More?

Many times brothel is a word usually used to describe a place that is not so good and in a very degrading manner. Yes, of course, in real life it is one of the places one would not like to find oneself in. However, if you visit one, it is important that you can show some respect to the women working there. Most of the times these women come from a very humble background and get into such a profession due to financial troubles or other unforeseen factors.

You pay for their services; you do not own the woman

Many men tend to believe that when they go to a brothel and pay for the services of a prostitute, they practically own the woman. They can do whatever they wish to and treat her like a piece of meat ready to be eaten. If you resort to violence or end up biting or hurting the woman, it is truly uncalled for. While you might enjoy her services, you need not force her to do things that you fancy because it is demeaning and cruel.

A lot of people have fantasies which they want to fulfill while visiting a brothel, that’s fine. But you have certain fetishes that involve the other person getting hurt or having to bear pain for your pleasure, it is something to be avoided for sure. In case you are drunk while doing to the brothels, there are chances that you may not be in your complete senses but that does not give you the excuse of doing stuff that is unacceptable. You have to know that even a prostitute has her human rights and however demeaning the profession may sound, she will have the legal rights to act against you.

Pay a compliment for Good Services

You would have surely complimented a waiter at the hotel for good service but most people do not compliment women working in brothels. While it does not do any good for them in real terms but it will at least make them feel good about the job they do. You might get a little extra in terms of the service on your next visit as well. It is important to remember that these women are not well treated in general hence any kind of appreciation will do wonders for them.

Most people pay an amount at the brothel and forget about everything else. Paying a compliment will not hurt anyone and at the same time it might also reduce the demeaning that these women face any way.

Do not abuse or act notorious

Many people tend to ask for more than bargained for. Not all prostitutes are comfortable doing everything, some may want you to do the deed and move on, they will co-operate for that but if you want something out of the ordinary, she might agree on the same. It is not recommended that you abuse and start acting notorious towards that person. A lot of physical intimacy is a personal choice and if a girl is not comfortable doing something, you need to respect that.

If you shout or create a chaos, there are chances that the girl might have to face consequences later. Moreover, it also puts you at the risk of being noticed. Most people visiting such places do not want to get noticed and will be more comfortable with a quite entry and a quick exit.

So, make sure that you can respect the women at the brothel a little more, they surely deserve it! 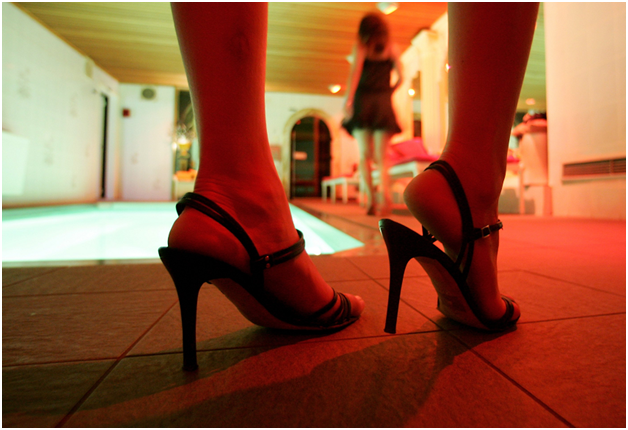 Escorts Services in Sydney, Austraria - Why ...