Home›Online Dating›Your Girlfriend Wets the Bed... But You Can Help - Unfinished Man

Your Girlfriend Wets the Bed... But You Can Help - Unfinished Man

If you watch either enough porn or enough romantic comedies, at some point you may end up with an unhealthy ideal of what a relationship should look like. Real people, without scriptwriters, directors, a set budget, or decent lighting, have a lot more flaws that you might see in whatever form of media you consume. Real life men have issues with premature ejaculation. Real life women have issues with staining the sheets when they’re on their periods. Real life people have hormone imbalances that lead to a variety of issues. If you plan on staying with someone, you stick with them, despite their flaws and the bizarre things they experienced. But one of the strangest and most disconcerting of all of these things might happen if or when your girlfriend wets the bed. What does it mean? How do you fix it? How do you bring it up with her?

Talking about it – Your girlfriend wets the bed, now what?

The cringe. The absolute cringe. The unimaginable awkwardness of having to tell your girlfriend, whether she realizes it or not, that she’s wet the bed. It’s like having to tell her that she’s wet herself after drinking too much after a night out. It’s got to have to be one of the most uncomfortable conversations possible. But if you want to help her fix the problem, you’ve gotta have the conversation.

Looking into it as a problem

Close to five million adults in the United States alone experience incontinence. Adult bed-wetting is also known as sleep enuresis. It can be caused by so many more problems than just the typically assumed drinking too much and passing out. ADH is the hormone that causes kidneys to produce less urine, and that hormone works less often to start with at night. For some people, that hormone stops working altogether, causing sleep enuresis. The condition can also be caused by a huge range of other issues, including (in women) overactive muscles, diabetes, sleep apnea, certain medication, a genetic predilection, a blockage or obstruction, or a simple UTI. Scarier diagnoses such as cancer or a kidney stone might also be possible, but those are always accompanied by other symptoms.

If your girlfriend is having trouble, be the good guy. Take her to the doctor. Make sure they do a urinalysis. Hang with her while she’s going through all of this. Make sure she’s okay. Aside from the massive embarrassment factor, it might be a serious issue.

Most women are used to having to wear some sort of protective gear at least once a month. Tampons, pads, diva cups, or now new-fangled period underwear all help women keep from staining their sheets. Overnight periods can be particularly brutal, so often women will tend to bulk up on their protection while sleeping.

It's a little lonely being one of the two female writers here, but I do my best! You'll find me covering everything from relationships to the newest gadget I'm excited about. 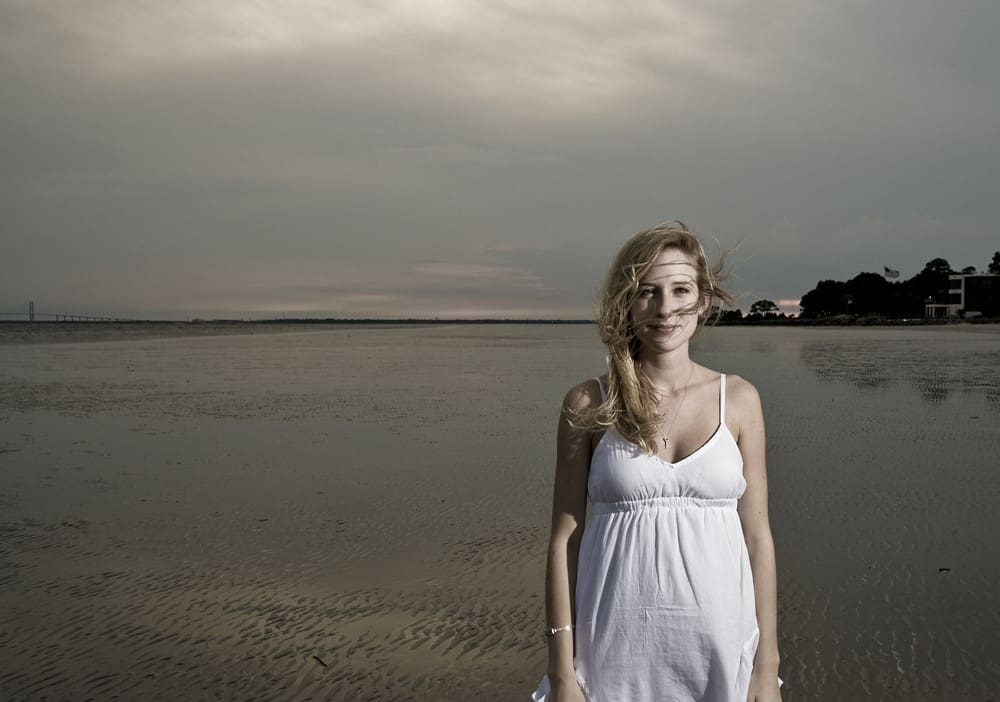 My Girlfriend Broke Up With me to ...